Trek have pushed the boundaries further with their new incarnation of the Trek Madone, born back in 2003 the Trek Madone has often been the benchmark of the road cycling race frames.  The name was taken from the Col de la Madone in France, a 13km climb with a 6.7% average gradient, and partly developed by at the time the most recognised face in cycling Lance Armstrong.  Using Trek own OCLV (Optimum Compact Low Void) carbon fibre layup trek further pushed the boundaries of carbon fibre framesets to produce a lightweight, stiff and smooth frameset and importantly for the consumer a lifetime guarantee.

This Madone was the cornerstone of Trek taking the road cycling market by storm and started a whole tidal wave of carbon production throughout the cycle trade.  For 4 years the Madone was the driving force and a cut above all other road frames on the market and in 2008 Trek introduced a completely new Madone to their range.

This new design pushed the boundaries of carbon framesets even further now looking into the aerodynamic properties of the frame Trek sculptured the frame to decrease the wind resistance of the frame and further improved both the comfort and the stiffness of the frameset allowing the bike to process more of the power put down on the pedal into motion at the back wheel.  Trek also semi integrated the seat post allowing the benefit of the fully integrated seat post used by other manufactures but keeping the versatility of a standard seat post.  This Madone opted for a new compact frame design moving away from the traditional geometry of the previous Madone and in 2010 also introduced the Project 1 series to their line-up which meant customers could customize their bike with new colours and graphics to create their own one of a kind bike or select from pre-determined colours and group sets.

In late 2013 the Madone was tweaked again dropping weight and integrating the brakes to increase aerodynamics this Madone in many people’s eyes was the least favourable of the Madone family, consumers were expecting more and unfortunately although the frameset had dropped significant amount of weight and made aerodynamic changes this was not enough as new designs from other manufactures were starting to push the boundaries further, so Trek decided to go back to the drawing board and come back with the most radical design change that the Madone had ever undertaken.

In 2016 Trek were back with the most radical of all the Madone’s the Madone 7, this was a complete redesign of the Madone and Trek’s 1st official aero bike, taking the technology that had been used to develop the Domane & the Emonda, Trek had completely re-designed the aero bike to be not only aero but be lightweight & comfortable something that other manufacturers still are struggling to comprehend. Using the isospeed seat post design from the Domane the Madone’s system was contained within an aerofoil tube to keep its aero properties and using the super lightweight 700 series carbon developed for the Emonda the Madone was lightweight, super stiff, aero & compliant it had everything but there was still more, with the increasing popularity of electronic group sets Trek had integrated the control box into the down tube and practically eliminated any visible cabling making the Madone one of the slickest bikes in the wind tunnel. So where would Trek go next with the Madone?

2018 has just seen the launch for the all new MY19 Madone SLR, so what’s the big difference?? to look at the Madone has not changed much there is no new grade of carbon so what is everyone talking about?

Trek went to great lengths to ensure that the Madone SLR frame could aid in reducing or maintaining weight from the current Madone. Numerous finite element models were analysed to fine tune various areas of the frame and shave as much weight as possible, all while balancing aerodynamic requirements.

IsoSpeed smooths out the road for a sublime ride, diminishing fatiguing impacts and allowing the rider to remain fresher for longer.
The all-new Toptube IsoSpeed on Madone SLR is adjustable to customise compliance to rider preference and terrain.  In the most compliant setting, the new Madone SLR is up to 17% more compliant than the previous generation Madone.
To keep all that compliance under control, Toptube IsoSpeed is damped to rebound in a smooth and controlled motion, providing the rider more stability on rough roads. Rebound is reduced by 13% on the New Madone.
Another benefit of this new technology is the ability to closely match the vertical compliance values across all frame sizes. No matter what size bike you ride, you will benefit fully from the IsoSpeed compliance.

Madone SLR comes in women’s specific models that feature the same best in class frame platform as the mainline models. Women specific touchpoints like saddle, handlebar width and stem length that are spec’d to fit most women better from the start.

Madone SLR’s all-new H1.5 geometry, developed with the Trek-Segafredo and Trek-Drops pro cycling teams, puts the rider in the optimal aero race position. It is the sweet spot that covers all the needs for what our racers need. 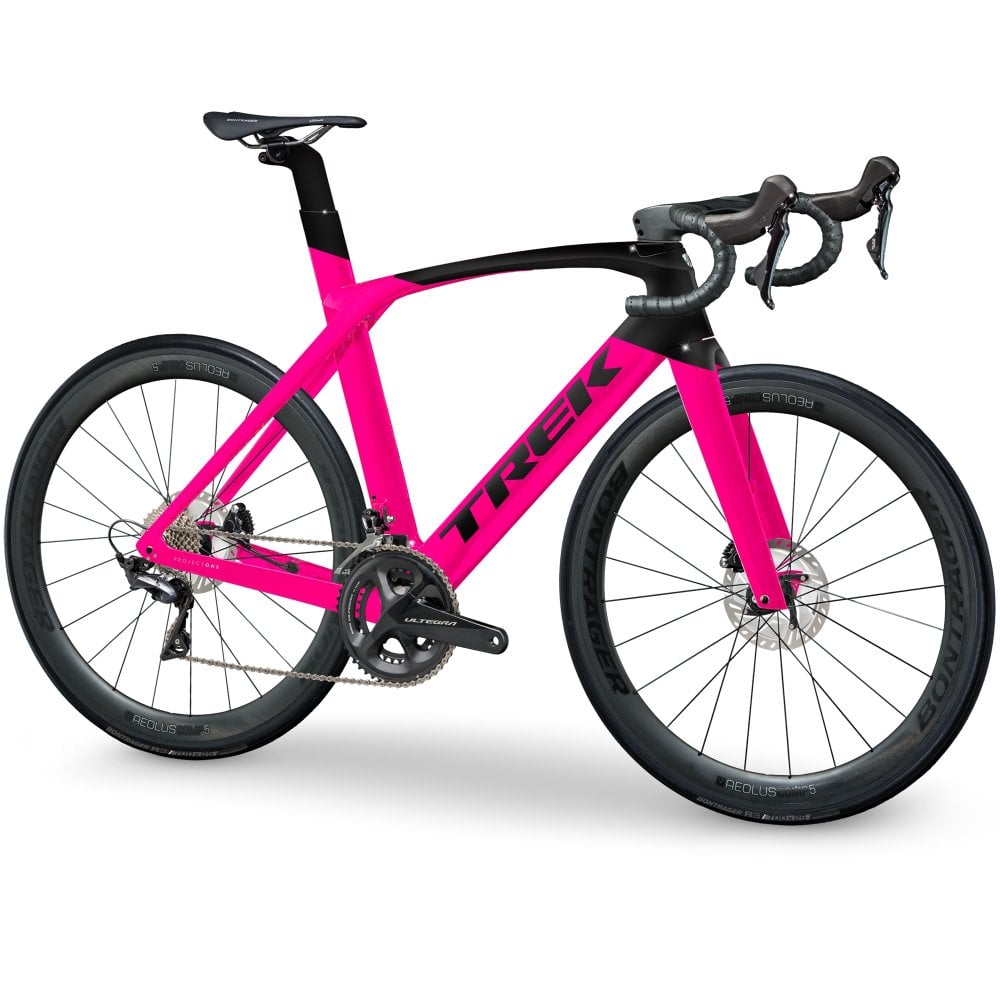 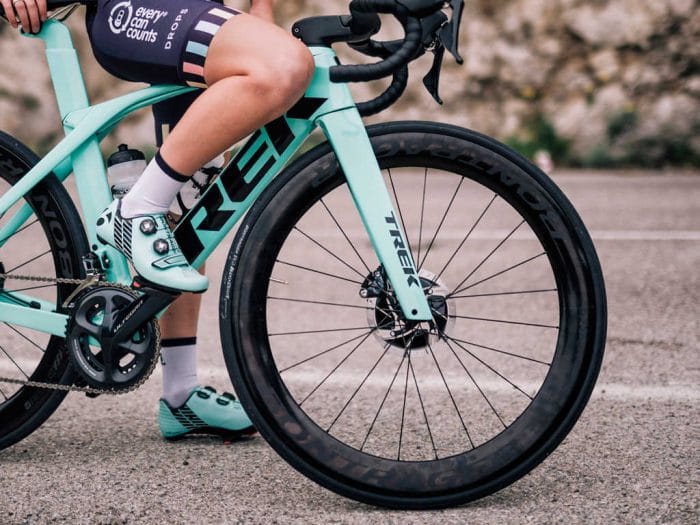