Pinarello are pushing the boundaries again for 2019 with the introduction of the latest Dogma series frameset the Dogma FS. Pinarello has chosen to produce the frameset using Torayca T1100 1K Dream Carbon with Nanoalloy Technology, pairing this with their rake adjusted Onda fork the Dogma FS carries through many of the features of the Dogma F10 but with a few more surprises.

Available in only 4 sizes the Dogma FS features are revolutionary new Front & Rear suspension system which in development with HiRide is electronically controlled nick-named the DSAs, will be debuted on the cobbles this weekend (14/04/19) on the famous Paris-Roubaix cobbles. 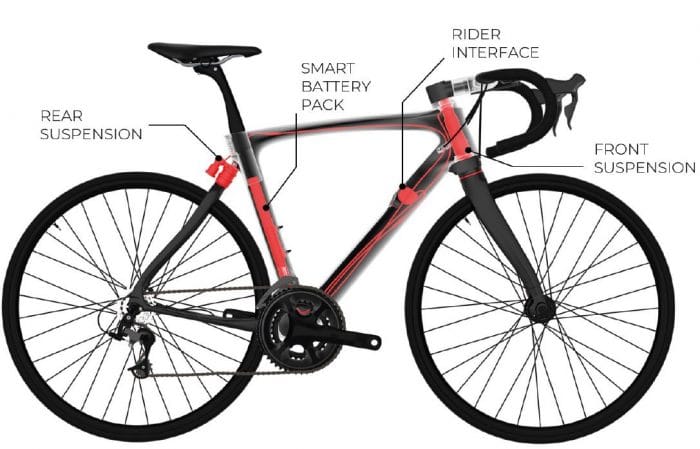 The idea behind this revolutionary bike is to guarantee the unbeatable Pinarello handling and racing performance even on rough terrain. DSAS self-adapt the frame stiffness by means of its electronic front and rear suspensions to maximize the bike stability. DSAS is able to adapt the suspension behaviour on each type of ground, automatically locking or unlocking it, ensuring maximum performance and stiffness on smooth tarmac and optimum comfort on bumpy and rough roads.

The front suspension has 20mm of travel. The core of the vibration absorption is a metal coil spring which behaviour can be customized based on rider preferences. The damping is provided by an hydraulic system that also allows the suspension to change electronically its state from unlock status, fully able to move along its travel, to lock, completely firm to allow best stiffness and power transmission on flat asphalt. The Front suspension is fully integrated and hidden inside of the headtube. 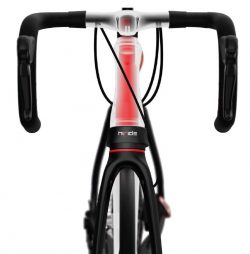 The rear suspension has 11mm of travel. The core of the vibration absorption is an elastomer which behaviour can be customized based on rider preferences. The rear suspension implements an electro-hydraulic system which is able to switch the suspension state from unlock status, fully able to move along its travel, to lock, completely fi rm to allow best stiffness and power transmission on flat asphalt.

Inside the seat tube is assembled the central unit of the system. It is composed by a LiPo battery pack and a circuit board that control the state of the system. It is equipped with a CPU that run the suspension control algorithms. It is able to collect data from gyroscopes and accelerometers to distinguish the road condition and change the state of the suspension itself.

Manual control and system check can be performed by the rider interface assembled on the E-Link, placed on down tube. This component allows the rider to switch on-off the system, control the system status through the led, switch between manual mode and automatic mode, change action threshold or change between lock and unlock in manual mode.

While on smooth tarmac the DOGMA FS behaves like a rigid bike, on cobbles or off-road matters strongly change. DSAS unlock the suspensions allowing it to absorb the ground vibration. The graph below shows the difference in vertical acceleration between wheel and the frame. DSAS system is able to absorb in average 42% of the vibration coming from the ground that directly means an increase in comfort and bike stability. At higher speed DSAS is able to reach peak of 60% of absorption. 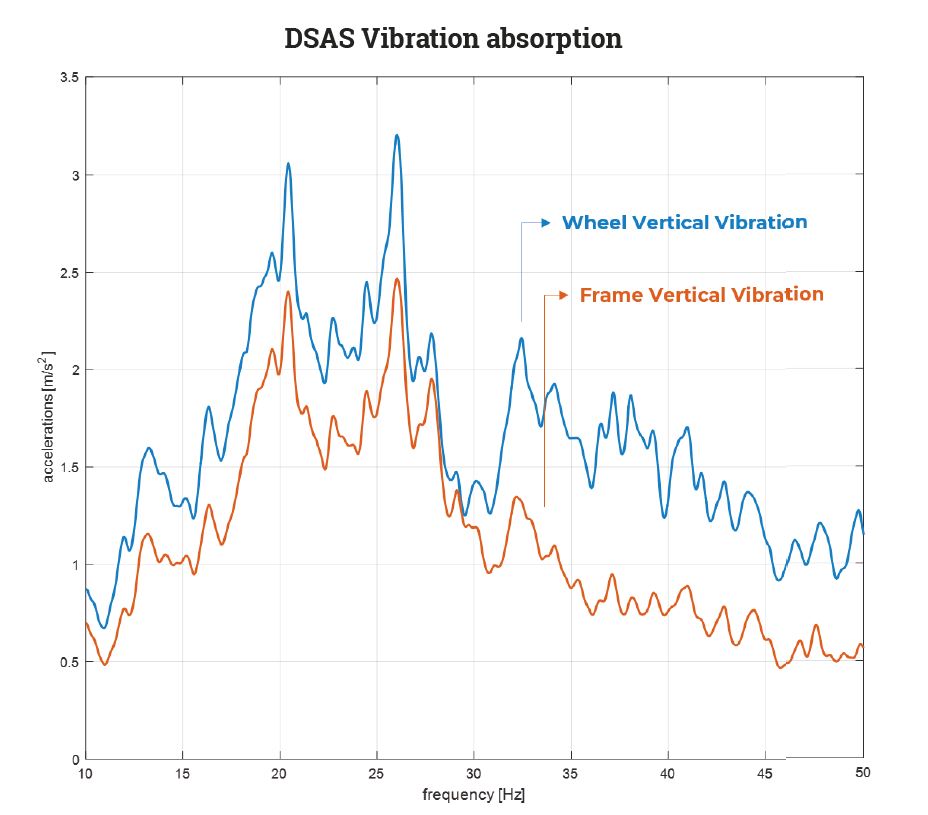